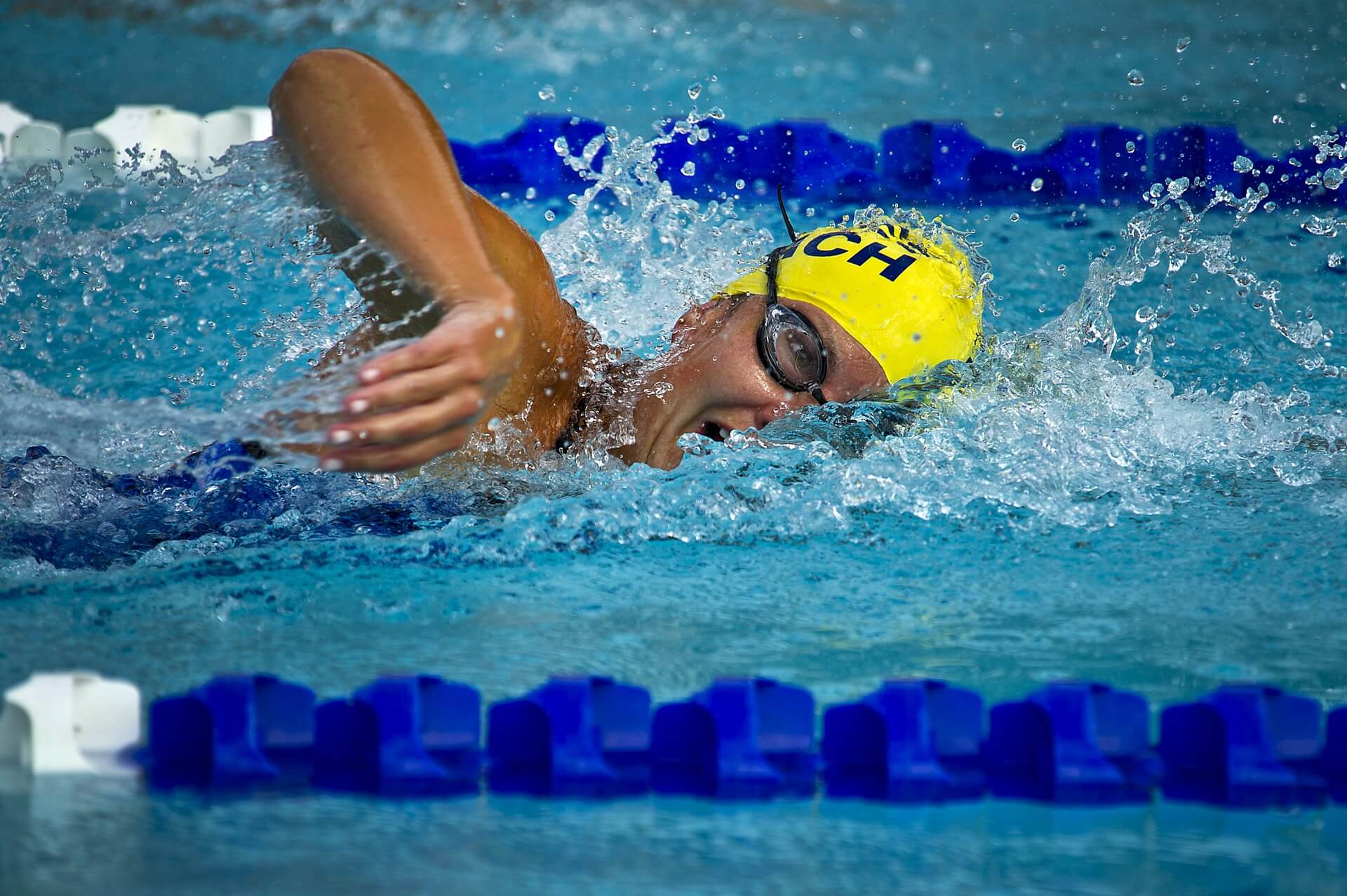 Nobody knows for sure when man decided to venture into the waters, but prehistoric drawings in Egypt show images of what appears to be people swimming. It’s likely that swimming was invented as a way of survival, whether it was to negotiate river crossings or to prevent accidental drowning.

Naturally, there came a time when people decided to pit their swimming skills against each other, and formal swimming competitions started up. The first official races took place during 1837 in England. These original galas were held in London’s man-made pools.

The first indoor pool was set up in 1862, and the first Amateur Swimming Association came into being during 1862. Swimming was included in the Olympics in 1896 but was originally a men’s-only sport. Women’s swimming was introduced in 1912.

Today, almost everyone knows how to swim and the basic skills are taught in schools across the world. Swimming is an excellent way to include a cardio workout in your fit life program. For those with a competitive streak, there are several different ways to prove your mettle in the water, both in- and outdoors.

By far the most popular type of swimming is the recreational kind. Nothing beats a refreshing swim when the mercury starts to climb, and it’s a vital skill for those who want to take part in water sports such as surfing, water polo, water skiing and scuba diving.

Swimming is so popular that many recreational facilities have heated pools so that the fun needn’t stop when the temperature drops.

Most official swimming competitions take place in a specially designed swimming pool which can be indoors or outdoors. At the Olympic games, there are 17 different types of swimming pool events open to men and women as well as one mixed event.

These events are always timed and involve the contestants swimming alongside one another with each contestant confined to their own lane by means of floating lane lines. The standard Olympic size pool measures 50m by 20m and swimmers must complete the designated amount of laps to make up the final distance of the race.

There is also one 10 km open water event at the Olympic Games which is usually held at a nearby freshwater venue. Only the London Olympics has ever hosted an ocean-going open water race.

Open water swimming events can take place in lakes, dams, rivers and the sea. The sport is divided accordingly into freshwater and saltwater events.

Freshwater events usually include shorter distances than ocean endeavors, but there are many overlaps between the two kinds of open water swimming. The races incorporate swims from shore to shore, around strategically based buoys, from a boat to the shore, or from island to island.

Some well-known open water events include”:

Relay races involve a team of swimmers who each complete a specified portion of the course in turn over a few days.

Marathon swims, like marathon running events, involve longer distances than the usual open water race. Usually, any race that is longer than 5km is considered a marathon although there is no fixed distance for marathon swim races.

Some of the best-known marathon swims are:

These three races are known as the Triple Crown, and only 205 swimmers have managed to complete all three since 1987. In 2012, 50-year-old Roger Finch became the first South African to successfully complete the Triple Crown of open water swimming.

As the name suggests, these events take place in arctic conditions during the cold heart of winter. They usually involve little more than submerging yourself in these freezing waters and are often in aid of charity or as part of a tradition.

Another example of a competitive open water event is the swimming portion of the triathlon, which also includes road running and cycling. Triathlon events vary considerably with regard to distances and it’s possible to take part in novice triathlons that cover a lot less ground (and water) than the more prestigious events.

You don’t need any gear at all to go swimming, people have been known to dive in fully clothed on a really hot day, or worse in the middle of the night. If you’re aiming to do things the right way, you’ll need to tick a few items off your list first.

A swimming costume is the first and most obvious thing you’ll need. For recreational swimming or water sports, these come in a wide range of fashionable designs to suit every taste.

However, if you’re aiming to swim competitively, you’ll need something a little more streamlined. The old-school Speedo springs immediately to mind, but nowadays most swimmers opt for a knee-length version of this tight-fitting suit for optimum performance. Most modern-day swimsuits are made with compression technology which allows for greater recovery time and less drag in the water.

After a swimsuit, a swimming cap is the next necessity to hone your performance in the water. Caps can be made of latex or silicone. Lycra caps are used mainly for keeping your hair dry during a swim, while neoprene caps keep your head warm when venturing into the icy open water depths.

Swimming caps may give you a slight aerodynamic edge during competition, but their main purpose is to keep your hair out of your face and out of the pool filter, as well as to save your hair from chlorine bleach.

Likewise, swimming goggles will save your eyes from prolonged exposure to chlorine and salt water while also allowing you to see past the splashes.

Of course, you’ll also need a towel and a waterproof bag to keep all your kit in.

Apart from the latest, greatest aerodynamic outfits, competitive swimmers may invest in training aids like kickboards, flippers and state-of-the-art swimming watches for tracking their performance.

Don’t let a lack of the latest tech and advanced designs keep you out of the water though, with or without them, you still stand to gain from swimming as part of your fitness regime.

Benefits of Swimming for a Fit Life

Swimming is a low-impact cardiovascular exercise which makes it ideal for rehabilitating sore muscles without placing them under undue strain. Other swimming benefits include:

If you’re ready to reap the benefits of a healthy fit life, swimming is an affordable, accessible and enjoyable way to get started. It works on its own or as part of a regular exercise regime.