The Ins & Outs of Boxing

When you think of boxing, images of smoke filled gyms and packed-to-capacity stadiums a la Rocky and Million Dollar Baby come to mind.

However, there’s more to this sport than hardcore fighters and cutthroat professional bouts. In fact, it’s an excellent form of exercise to include in your pursuit of a well-rounded, fit life.

Yes, there’s an element of violence involved but that’s far outweighed by the behind-the-scenes fitness, stamina and mental training that goes into boxing, and really only when you get to the level of fight matches.

Boxing has been around since the times of the Ancient Greeks and was featured in the very first Olympic Games. In the hands of the Romans, boxing took on a new form of brutality with contestants wearing metal-studded gloves with which to maim or kill their opponents.

Needless to say, this kind of boxing soon fell out of favour after the decline of the Roman Empire.

During the 18th century, boxing made a comeback in London, and this time the gloves were off. These bare-knuckled free-for-all events were often the subject of much wagering.

The first World Heavyweight Champion, James Figg, was crowned in 1719 but it was only in 1943 that rules were introduced to limit injuries in the ring. These have since been amended throughout the years bringing a greater level of skill and civilization to the art of boxing.

With boundaries set firmly in place, boxing became more accessible to all, and the sport has grown in leaps and bounds since then, trending with the younger generation.

Different variations of the sport such as Tae Bo have also come to light for those who want to benefit from boxing without the fist fights.

Today boxing is recognised as an excellent way to stay mentally and physically fit.

According to ESPN, boxing was rated as the most difficult sport based on athletic skills when compared with over 60 other activities.

To succeed as a competitive boxer, you need the following abilities in spades:

If you’re just doing it as part of a fit life or for fun, the skills mentioned above are secondary benefits of boxing.

The main benefits you can reap from boxing are:

Any exercise that gets your heart rate up and your blood pumping contributes to the health of your heart and lungs. Boxing delivers that in abundance. Plus, it’s a lot more fun than pounding away on a treadmill for hours and getting nowhere. Not that there’s anything wrong with a good spin on the treadmill, but it’s a little ‘’blah’’ when compared with bashing the daylights out of a boxing bag.

Punching, kicking and jumping help to build your muscles and keep them operating at an optimum, especially when there’s a heavy training bag or medicine ball involved. Better-developed muscles mean more strength, period. All this leaping about is an excellent way to improve your balance, it engages your core and gives you a thorough full-body workout.

You’ve got to be able to aim those punches and kicks if you want to hit anything. You only need to be on the receiving end of speed bag backlash a few times to develop quick reflexes. While we never think of hand-eye coordination as an important aspect of fitness, it plays a huge role in reaction times, fine motor skills and athletic performance. Lashing out at a moving target (that hits back) is an excellent way to improve your hand-eye coordination and agility – and fast!

Exercise in all its forms is a powerful antidote to stress. It releases all kinds of hormones into your system that nurture and safeguard mental health. The more you exercise, the better you sleep which leaves you better able to cope with daily challenges. What could be better than a high-intensity boxing bout to beat the blues and banish sleepless nights? Besides, taking out your frustrations on an inanimate boxing bag or ball is infinitely more cathartic and satisfying. There’s no time to think about anything else when you’re in the middle of a boxing session.

You won’t lose weight from boxing training, but you’ll certainly firm up, say goodbye to excess body fat and hello to a super-toned, fit and healthy body. Boxing is the ideal sport for improving your body composition because it combines calorie burning activities with muscle building exercise.

There are two main kinds of boxing training:

The latter type of training does not involve sparring with other people. You’ll learn all the skills needed to survive in the ring without the physical contact. Jabs, hooks, punches, footwork, agility and martial arts moves are often included in these sessions.

Most boxing classes involve exercises using your own body weight and allow you to move at your own pace. This means that anyone can join in and there’s no excuse not to get started straight away.

With a certified trainer in charge, there’s no risk of overdoing it or straining yourself unnecessarily.

Other Sports with Elements of Boxing

While martial arts and boxing share many elements, these disciplines developed separately from each other.

Martial arts have always been associated with the fighting arts of East Asia, but the term was in fact coined in the middle ages with reference to the fighting techniques of Europeans during the 1550s.

The term literally means ‘arts of Mars’ referring to the Roman God of War. Today, martial arts are divided into five broad categories:

In addition, there are a few styles which have incorporated the best of several styles like MMA, Jeet Kune Do, Ninjutsu and Shootfighting.

If you are looking for a fun way to start working towards a fit life, it’s worth looking into boxing as a way to work out and learn new skills at the same time. 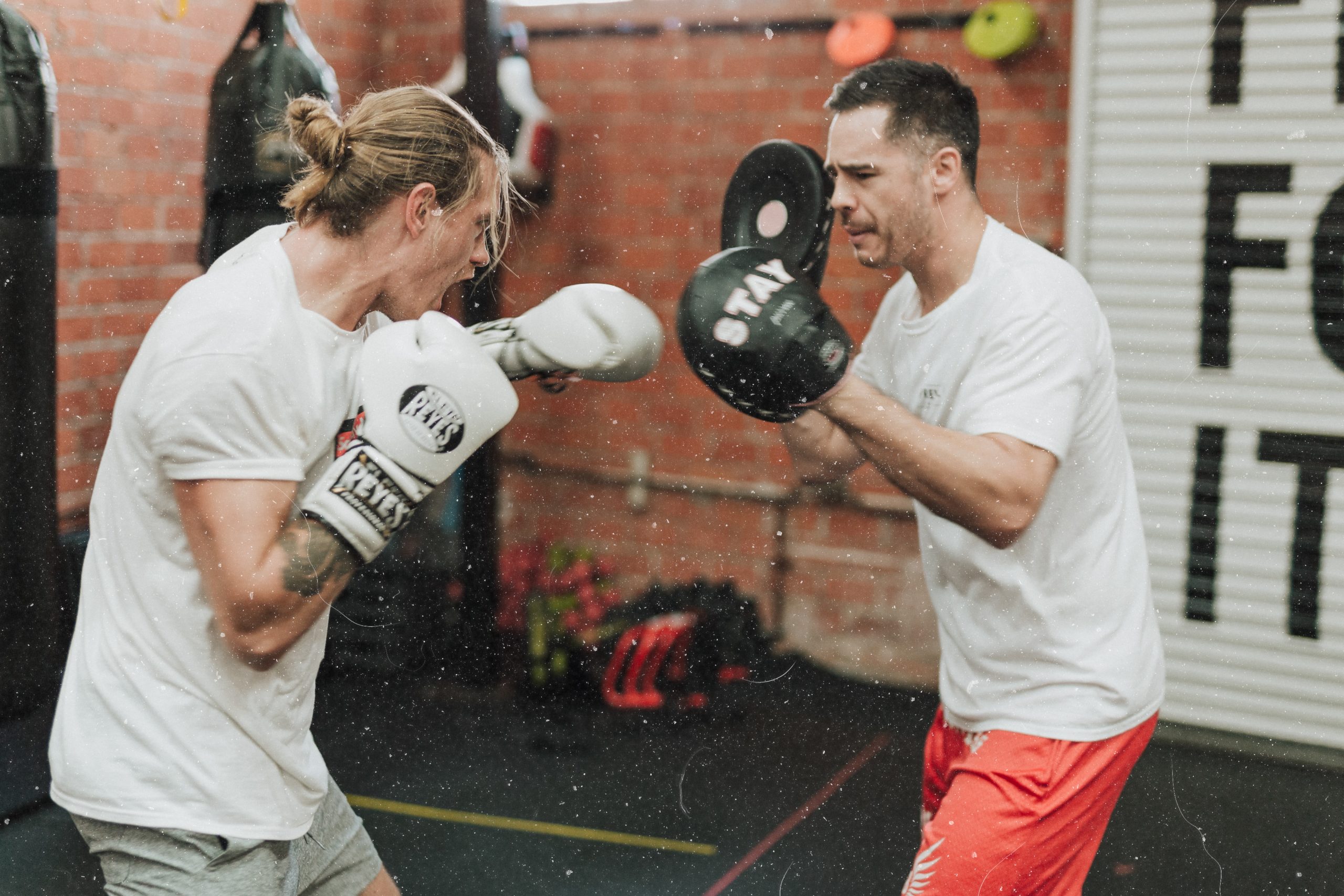