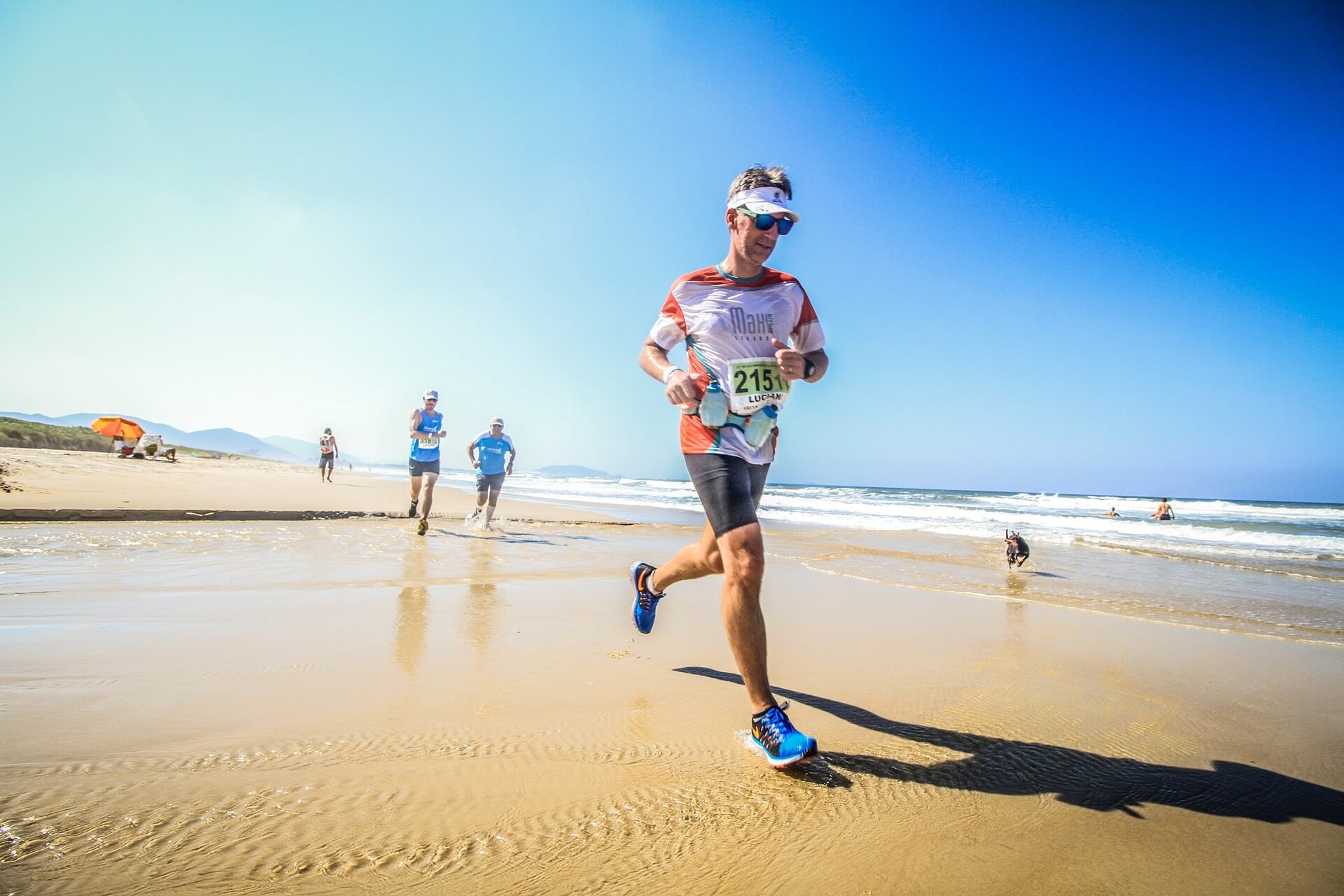 The word triathlon can strike fear into the hearts of the not-so-fit, but this fearsome phrase simply means ‘three competition’. Triathlon involves competing in three different types of races during one event, usually swimming, cycling and running. The aim is to complete these tests in the fastest overall time.

Although the term triathlon has Greek origins, the earliest events seem to have taken place in the early 20th century in France. The first race took place in 1901.

Touted as an event for ‘the sportsmen of the time’ the challenges included rowing, running and cycling. By 1921, the canoeing stage had been replaced with swimming. The sport continued to evolve slowly and is still growing in popularity today.

In 1974, during the 70s jogging boom, the San Diego Track Club arranged a swim – cycle – run event in California as a novelty. They believe their Mission Bay Triathlon to be the first of its kind and although it wasn’t it certainly helped to put triathlon on the fitness map.

The event was well attended, and soon, more of these challenges started to spring up around the US. By 1989, the International Triathlon Union had been established to standardize competitions, but the sport only made its Olympic debut in 2000.

The Benefits of Triathlon Training for a Fit Life

Triathlon brings all the benefits of cycling, running and swimming to the table, since it’s a combination of these three sports.  Yet it also adds a little more of its own flavor to the mix.

These are the benefits of triathlon training:

When you practice running, cycling and swimming, there’s hardly a muscle in your body that doesn’t get a workout. Both swimming and cycling are weight-supported activities, so they’re easy on your joints in the process.

With three types of training to do, there’s never a dull moment for triathletes. When you’ve had enough running, you can switch to swimming for example.

While training for a triathlon you’ll get to run, cycle and swim in various locations – all of them in the open air.

Training with a club makes triathlon a fun, sociable sport. Since it’s a relatively small but growing sport, the triathlon community is still close-knit and less cut-throat than the major running and cycling events. That’s not to say that triathletes are not competitive as every event is about doing a PB – your own Personal Best.

One sport is challenging enough, so you can only imagine what goal-setting is like for three! With triathlon training, you’re not likely to run out of new challenges any time soon.

While the basics never change, there are four different types, or levels, of triathlon based on distance. These are:

Sprint
In these events, the swim portion of the race is usually between 0.5km and 0.75km long. The run is 5km, and the cycling takes place over 20 to 25km. Those just starting out in triathlon can enter super sprints with slightly shorter distances of 0.4km, 2.5km and 10km respectively.

Olympic
This race involves the official Olympic distances, which are a 1.5km swim, 40km bike ride and 10km run.

Half Iron
Half Iron races feature a 1.9km swim, 90km cycle and 21km run and are very challenging.

Ironman
Ironman races are the ultimate challenge and demand supreme fitness and loads of experience in the shorter races. These events include a 3.8km swim, 180km cycling stage and a 42km run! The ultimate title of “You Are An Ironman” is bestowed on all finishers of this extreme event as they cross the line – male, female, young and old; it’s a validation of their ultimate achievement.

Naturally, the Ironman events are the best known of all triathlon events. Some of the toughest ones are:

These races add choppy waters, rugged terrain, cold temperatures and extreme isolation to the fray, making them both mentally and physically taxing.

To compete at triathlon at its highest level, you’ll need the full spectrum of gear for all three sports. You’ll also need to be extremely organized since the time you take to transition from one stage to the next counts towards your final result.

Most triathlon shoes for running and cycling are made with stretchable laces or Velcro fasteners so that you can put them on or take them off quicker.

You can purchase a triathlon-specific bike, but a road or mountain bike will do just as well at the lower levels, depending on the terrain.

Like any sport, the higher you go up the ranks, the more specific your gear will become.

Getting Started with Triathlon

If you’ve already embraced the fit life, there’s a chance you’re already enjoying the benefits of running, swimming and/or cycling, so why not take it to the next level? Competing in this demanding sport could be just the challenge you’re looking for.

Keep up with our Fit Life Guide for more information on your well-being, including fitness, health, and overcoming injury. We update our pages regularly, so keep coming back for more.